Dubai: E-scooters help frequent public transport users save up to Dh500 per month

For many frequent public transport users in Dubai, e-scooters are the go-to choice when it comes to mobility between metro stations and office/home. They are using the e-bikes for their first- and last-mile journeys instead of buses — which are time-consuming — and taxis — which are expensive.

For Mohan Payyoli, a resident of Dubai, using e-scooters for his journey between metro stations and office/home has resulted in monthly savings of Dh500.

“Now that I do not need to take a taxi from metro stations to office and vice-versa, I have started saving almost Dh500 per month. Also, the time factor is very much vital. Riding an e-scooter from my office to the metro station or from the station to home even during evening traffic is a breeze,” Payyoli told Khaleej Times.

What’s more, the Dubai resident says he has not seen any substantial increase in his electricity bills despite having to charge his e-scooter every night.

For hundreds of frequent public transport users like Payyoli, news about the Roads and Transport Authority (RTA) expanding e-scooter use to 21 districts by 2023 comes as a relief. Currently, e-scooters are allowed in 10 districts. The RTA announced that they would be permitted in 11 new areas from next year. The new areas are: Al Twar 1, Al Twar 2, Umm Suqeim 3, Al Garhoud, Muhaisnah 3, Umm Hurair 1, Al Safa 2, Al Barsha South 2, Al Barsha 3, Al Quoz 4, and Nad Al Sheba 1.

E-scooters have been very handy for commuters to travel within a 5-10km radius from metro stations. With dedicated tracks in place, it helps them travel easily even during peak traffic hours. E-scooters have now become an integral part of first- and last-mile journeys for commuters who use public transport.

Muhammed Salim, a sales executive residing in Al Barsha, said his e-scooter has been a “lifesaver”. He is delighted that the RTA has taken the initiative to include new areas for the e-scooters.

“RTA has been very considerate by providing separate lanes in most residential areas, which makes our ride much more convenient. Waiting for buses at a stop near my home normally takes around 20-25 minutes. With my e-scooter, I not only save money, but also time. Overall, for an investment of around Dh1,000 on the e-scooter, I am getting a good deal,” Salim added.

Over the last few months, demand for e-scooters has surged, and wholesalers and retailers are expecting further rise as winter sets in. Aladdin Akrami, a retailer, said earlier this year that he has seen over 70 per cent increase in e-bike sales.

There are multiple rules governing the use of e-scooters in Dubai. According to the RTA, to avoid fines, users must: 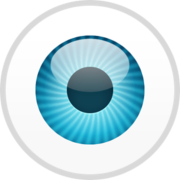 UAE: How much mortgage can Dubai property buyers apply for? 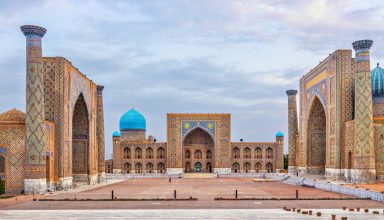 flydubai launches flights to the historical city of Samarkand in Uzbekistan